The Boss of the plains hat didn’t have a high crown. The crown averaged about 4 inch crown and a 4 inch brim. The flat brim shielded the cowboy from the sun and weather. The cowboy didn’t shape the crown or brim. The brim would get bent in the strong wind and when they were galloping their horse. […]

The heavy texture of the felt repels the blazing rays of the sun better than any helmet. There are no recorded cases of sun stroke on the range. The record might be different were straw hats or “derbys” substituted for the rational headgear which  for so long has been the accepted thing in the cowboy […]

There has been no head covering so suitable as this for the plains. The heavy boaderlike felt is practically indestructible.

I like to  make some of my hats look like they were worn for several years on cattle drives. Distressing the hats and hat bands makes them look like they had been worn many years ago. If you are like me, I hate to wear a  brand new looking hat on a cattle drive or even to […]

Old western hats are my passion. I love to recreate hats that were worn in the 1800’s. I use tools that were used then also.

The boss of the plains hat was light in color like Bone, Sand or Silver Belly. The cowboy like  those colors because it was cooler on the head. They never had any record of heat stroke among the cowboys in those days. The Boss of the plains hat protected them from the suns rays. When […]

The Boss of the Plains-inspired design that became the modern cowboy hat has remained basically unchanged in construction and design since the first one created in 1865, demonstrating the degree to which form succeeded in following function.

The straight-sided, round cornered, flat brimmed original Boss of the Plains design dominated for about twenty years. Most 19th-century photographs that show the hat don’t show an intentional crease at all. Most hats were kept open crown. However, through use, abuse, and customization by individual wearers, hats were modified from their original appearance. In particular, […] 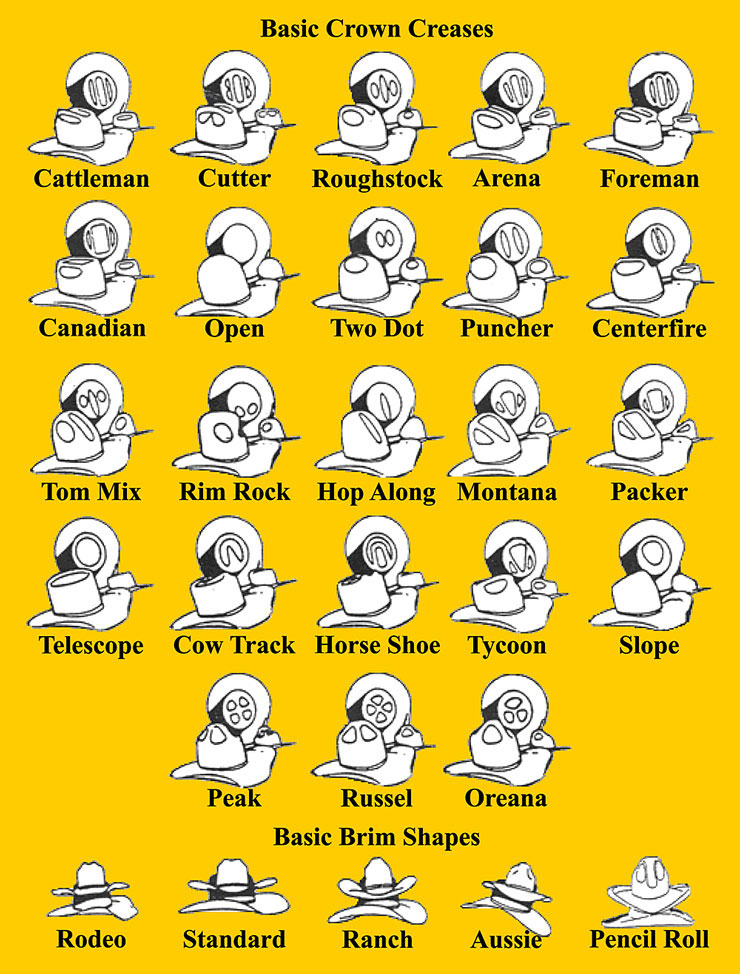